10 trends of the Chinese Internet

China is the empire of the Net: in July 2013, China had 591 millions Internet users that allowed him to be ranked at the first global position. Nearly 70% of them use their mobile phones to go to Internet. Digital technologies have transformed China, pushing the Chinese Communist Party to adapt, but also to crack. In 2013, the authorities have tightened their control over micro blogs to control more their activity. Now, a new legislation provides prison if a post peddling a rumor is reposted more than 500 times. Censorship has increased, also called “Great Firewall of China”.

At the same time, Alibaba, Tencent, Baidu and Sina, kept innovating and think about reconciliation for the future. WeChat, the application of Tencent, knew its success in 2013 to the extent that foreign versions, one in France, have been launched.

For the beginning of 2014, here is an overview of the main trends of the Chinese Internet over the past twelve months, from a selection of blog posts.

There were a lot of important announcements in this sector this year. Alibaba, which could be introduced in the Stock Exchange this year, has partnered with Sina to strengthen against Baidu and Tencent (Alibaba invests in Chinese Twitter). WeChat, the application of Tencent, confirmed its success. Indeed, there are more and more Internet users who have abandoned Weibo due to censorship.

The US website TNW has presented its seven trends in the Internet sector in China in 2013: Xiaomi, the apparition of the IPhone, the internationalization of Chinese groups, a series of investments, mergers, acquisitions, Bitcoin, WeChat and the Smart TV.

This year, the authorities have tightened their control over Weibo, micro blog sites, where the protest voices had flourished (7 days in prison for a surfer of 16 years). Beginning of 2013, a sling conducted by journalists from the Nanfang Zhoumo newspaper had led supporting manifestations in the street in Canton. This was the first challenge of the new mandate of Xi Jinping, two months after his appointment as Secretary-General of the Chinese Communist Party.

The Internet is increasingly seen as a strategic space for the Chinese Communist Party and for the Liberation Popular Army: the micro blogs, new “battlefield’ for the Chinese Army and Beijing Arms Call to control the Internet. In the provinces, the police began to do the maximum to convey the messages.

Internet is often used as a way to meet people to celebrate an event. Look at the example of the Harlem Shake, the biggest viral phenomenon to sweep the Internet in the wake of Gangnam Style and hence drew inevitable comparisons with the Youtube record-breaker. It was a real buzz in all the countries! 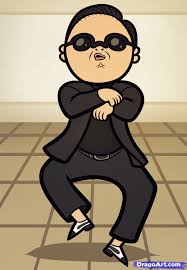 The corrupted executives remained easy targets for the Internet users, especially because Xi Jinping engaged himself in an anti corruption campaign that brought down many heads (Marxist chief falls for a sex scandal and the Revenge of Weibo on a Chinese executive).

The turn over of advertising on Internet has, for the first time, exceeded the newspapers ‘one. The first third platforms of advertising in China are Baidu, Taobao and Google, far away from the two others.

Pollution and food safety appear among the most discussed subjects on the social networks. In spring 2013,thousands of dead pigs rediscovered in the Huangpu River near Shanghai have made a buzz in the news (Pork soup in Shanghai, Cigarette in Beijing, Pollution for all). The air pollution really represents an urban fear in China (Smog in Beijing).

Beginning of 2013, two retired Chinese men in Beijing made a buzz by making public their relationship, provoking many reactions in a country where the gay marriage is not allowed (symbolic wedding for two “old” Chinese gay).

The exploits of Chinese tourists, even in China or abroad, are also a topic of endless talk (Graffiti of a Chinese tourist in Luxor arouses polemic and the mass-tourism and good manners)

As the social networks, Chinese people use more and more Internet to purchase on line. There were 242 millions of cyber-byers in June 2012, China is ranked at the first position. It one of the activities that increase the most and Alibaba is the leader of this sector with its 3 websites (Taobao, T-mall and Alibaba). An e-business website needs to be hosted in China, have a content of quality and offer promotions and good prices pour the Chinese consumer.

Chinese people are over-connected, all the time via their mobile phone, tablets or computers.  The development of the 3G allows this over consumption of Internet. They can do different activities: watching TV, playing on line games, listening to music, chatting with their friends, buying products etc…

More information about Digital Marketing in China here or here