Marketing a product as ‘British’ is creatively achieved. ‘British Brands’ are those marketed and perceived as British firms, with a uniquely distinct sense of identity (regardless of where they are manufactured).
British brands benefit from being associated with the UK in China. ‘British’ is perceived by the Chinese as a hallmark for luxury, sophistication and class. ‘Britishness’ from the Chinese perspective is distinct from the ordinary and everyday.

Contact us Today
Increasingly on the roads in urban areas one sees the GB flag adorned on scooters and cars. ‘British’ has become a powerful brand to capitalize upon in this lucrative market. The increasingly affluent and sizeable middle class in China seek to purchase more luxury goods and capitalizing on the positive connotations is important for marketers here.
– To buy British is to adopt a distinct, more international sense of identity.
– Chinese consumers are often seeking different products in an increasingly crowded market place.
– This reflects a growing demand for unique, international brands which stand out in terms of quality and aesthetic.

Here are five brands that have benefited in China from being ‘made in Britain’.

Dyson Ltd sells 85 percent of its products outside the United Kingdom, in more than 50 different countries and regions. The UK company are a truly global proposition.
Dyson products are now sold in 200 stores across 45 cities in China. Real Business reports that ‘it is Dyson’s fastest growing market, having tripled the size of its business in 2014’.
James Dyson as a successful inventor, engineer and businessman reflects a certain ‘story’ told concerning the entrepreneurial individual, this type of marketing narrative appeals to the Chinese consumer. The British hallmarks of quality and innovation are the key to the brands success in China. Dyson are associated with quality, they have built up a positive reputation in terms of the design and application of their products. They are perceived as specialist, technological company.
China has undergone a technological revolution with a huge appetite for this newest technology. “We brought our newest machines to China, digital handheld cordless vacuum cleaners, bladeless fans and our most advanced cyclone technology that doesn‘t lose suction,” said James Dyson.The difference between the Chinese market and the rest of the world is scale and variety, this makes it logistically challenging but in terms of high-tech appliances tastes are aligning globally.

“We have designed smaller machines specifically for the Asian market. We are finding that people want compact technology without compromising performance. This shift has been central to the growing popularity of our digital cordless vacuum cleaners and we look forward to seeing that growth continue,” said James Dyson. High-tech Dyson appliances are most popular in China so adapting the product range and the marketing strategy to cater for this demand is key. 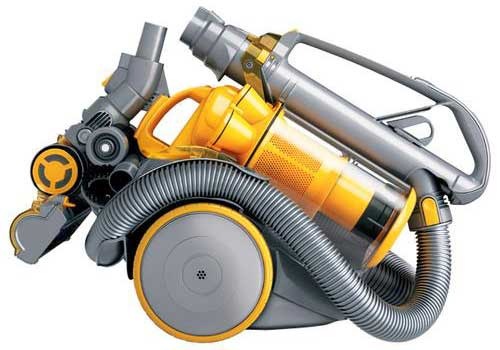 British ultra-luxury automotive company RollsRoyce Motor Cars Ltd has made China its largest market since 2013. The 110-year-old car maker was bought by Germany’s BMW AG in 1998 but is still associated with a strong sense of British identity.

Chinese President Xi Jinping’s campaign against conspicuous consumption by Chinese officials was thought to have had a ‘detrimental affect on the high end luxury products market’. These ‘anti-corruption’ campaigns surprisingly don’t seem to have affected Rolls-Royce. According to this report from Sky News, the luxury car giant said it delivered 3,630 cars to customers in 2013, a record high for the company.
The most substantial sales increases worldwide were in the Middle East (up 17%) and China (11%) . There are now over 20 Rolls Royce showrooms in China.

In modern China status and prestige are incredibly important for affluent consumers. The term ‘keeping face’ in China sums this up, people prioritize maintaining a positive image and appearance at all costs. This desired status and prestige is reflected by owning a Rolls Royce Car the world over and China is no exception!  The popularity of luxury cars, especially in cosmopolitan cities such as Shanghai or Beiijing has soared.

A sense of heritage and an international reputation have aided the growth of Rolls Royce in China. ‘Britishness’ from the Chinese perspective is distinct from the ordinary and everyday, this perception lends itself to luxury, high quality and expensive products such as this.

Rolls Royce Cars are highly customizable, this appeals to the affluent Chinese consumer seeking something personalized and unique for their money. 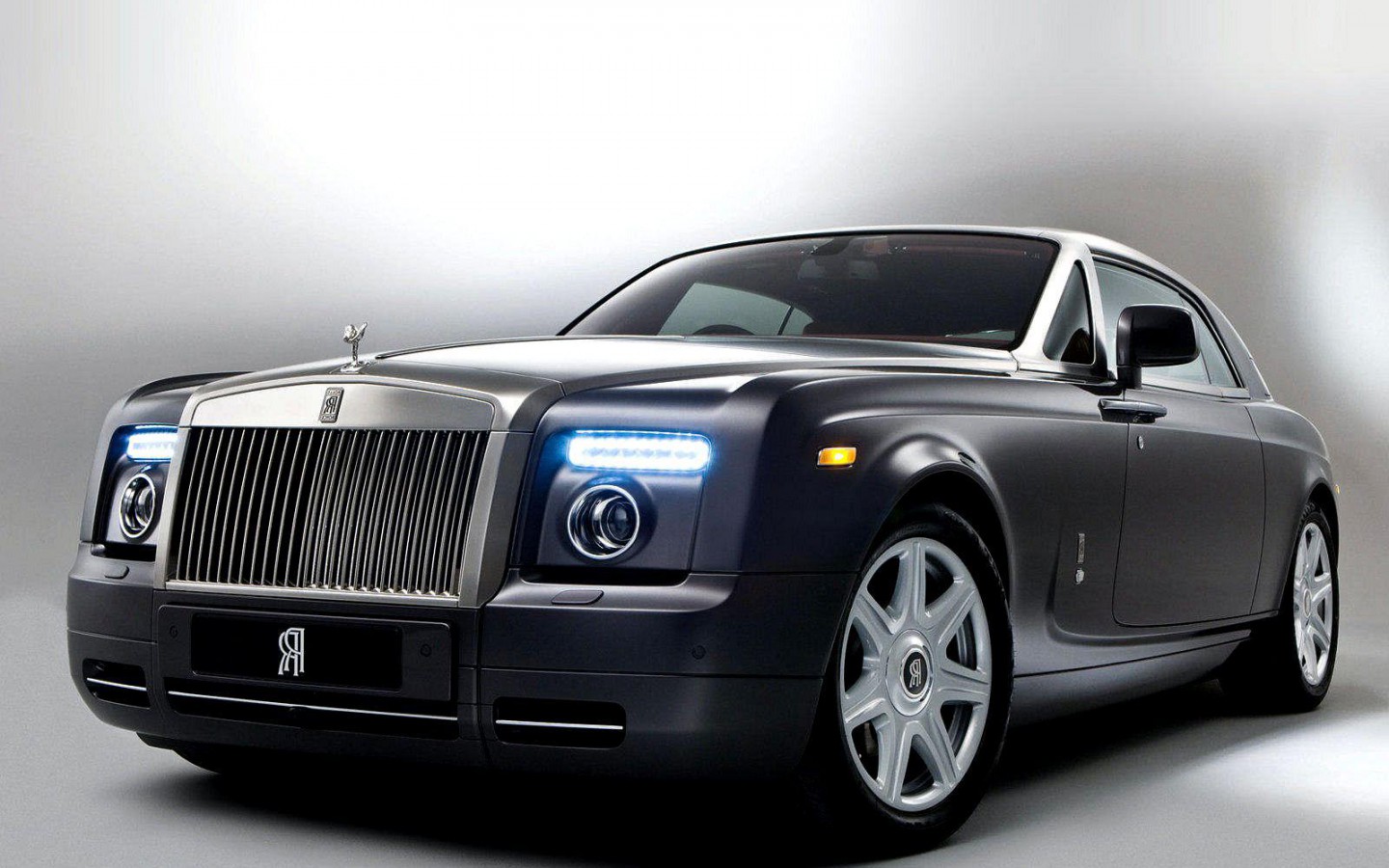 Despite being an American firm sports brand ‘New Balance’ have produced a whole range which are marketed as typically ‘British’.
A video was produced to market the British range featuring the local factory in Cumbria. The products are hand made in the UK, this craftsmanship and high quality appeals here because it is unique, the Chinese consumer increasingly seeks products which are authentic in a market where many counterfeits are circulated.

In this image a sense authenticity and quality is conveyed. Being ‘brewed in England’ signifies that, the shoes take their name, ‘The Royal Oak’, from a traditional English pub.
Searches on Baidu for the brand reveal images such as this. The whole image is black and white except for the GB flag, this draws the users attention immediately.

It is at the centre of the picture and in colour, it therefore stands out against the muted, black and white background. Chinese comments about this picture are all emphasizing the appeal of this style of Branding, to wear the British brand is to adopt a distinct, more international sense of identity.

Emphasising that the shoe is ‘made in the England’ serves to promote a sense of quality. This is actually what the affluent Chinese consumer is looking for, a sense of uniqueness (that this is made abroad), and proof of quality. Chinese manufacturing is often associated with counterfeit goods and fakes, the ‘made in england’ slogan thus reflects authenticity.

Burberry have seen strong growth in China with their upmarket, luxurious ‘British’ Brand proving popular. They have capitalized on the Chinese association of luxury and class with the UK.

British heritage is constantly emphasized in a uniquely modern and progressive way by Burberry.

Burberry’s chief creative officer Christopher Bailey when interviewed by BoF said; “It’s important to keep innovating with your product and keep telling different stories with it. History and heritage is important to have as a foundation, but you have to build on top of that to keep it moving forward. Technology helps us do that.”
A new Chinese flagship store has opened in Shanghai’s ‘Kerry Centre’ a designer shopping mall. It has been designed to offer multi-sensory experiences for customers. It is an event space and entertainment hub just as much as it is a store. This demonstrates how narrative focus and communicating identity is at the forefront of Burberry’s brand experience.
In a press release the company said; ‘guests will be taken on an immersive, theatrical journey through the Burberry world of music, heritage, product and innovation – bringing the brand’s hometown of London to Shanghai.’
It is therefore not just a case of re-using the Chinese cliché of the UK but also expanding upon it, marketing London as a cosmopolitan, modern and innovate global centre. This coupled with luxury is perfectly fitting for the urban, modern, Chinese consumer. It is important to know the Chinese market and understand how the ‘British’ label can be marketed and adapted accordingly. British brands can certainly benefit from this positive Chinese perception.
If you are a British brand with a project in mind please do contact us, our agency knows the market intimately and can help you launch a campaign here.
by Benji Lamb