In China, Candia baby milk starts to sell in store 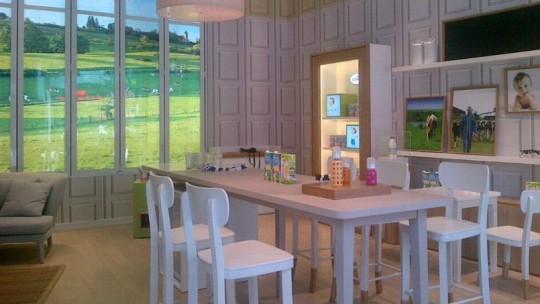 Chinese consumers can buy infant milk powder, liquid UHT milk and flavored milks (adults and children). The French group is expected to open before the end of the year, ten more stores in major cities in the region.

Shops with the colors of French soil in a modern and refined atmosphere, with pictures of babies and milk bottles. This is the choice of Candia to tackle the Chinese market. The first store opened its doors last week in Wenzhou (Zhejiang province – south of Shanghai) which has 60 million inhabitants and 700,000 births per year. Ten other stores are expected to open before the end of the year in major cities of the region.

For its first steps in China, Candia has chosen to partner with a local distributor, which delivers 3.3 billion in revenue. In these 100% Candia shops, Chinese consumers who are more and more eager to milk imported because of the multiplication of food scandals will be advised by salers formed by Candia. The young mother can be reassured about the origin and the quality of the milk “made in France”.

Milks for children and adults

She can buy infant milk powder Babylait Candia, liquid UHT milk and flavored milks Candia Candia and Candy’up (adults and children). “We want to expand the supply of milk in China,” said Giampaolo Schiratti, CEO of Candia, which achieved a turnover of 1.2 billion euros last year.

Candia, who invented twenty years ago the segment of liquid milk childhood in France, in fact, chose to focus on these high-growth markets for eighteen months in China. Still small, the market for flavored milk has already surpassed that of UHT milk. Eventually, the company could offer milk dedicated to the Chinese market.

Number one in France in a market milk in structural decline, Candia is now on the lookout for new growth. After conducting in France a restructuring plan to restore its competitiveness, Candia (sealed last year by an operating loss of 26 million euros year) wants to go forward. By further enhancing its product portfolio. And by addressing the export, which represents only 10% of its turnover.

Candia is not the first Westerner to want to take advantage of the Chinese windfall. Danone, Nestle, Abbott Mead Johnson have already begin to sell their premium milk powder. Last month, the Isigny cooperative announced to turn a partnership with the Chinese brand of high quality milk Biostime allowing it to become one of its exclusive suppliers.

But competition in the Western view is not always a good look in the Middle Kingdom accusing these players have benefited from the distrust of Chinese parents to inflate their prices. And because the West has delighted nearly half the market. So, after an investigation for price fixing of infant milk, several international groups – first and foremost Nestlé (Wyeth) and Danone (Dumex) – were forced earlier this month to announce a lower their prices.