A plane ticket, a toilet bag and some accessories, the list of luggage does not differ from one of an ordinary tourist.

But, Feng is going to do a special trip: instead of the traditions souvenirs purchased at the beach, she will come back with a new face. “I’m going to Seoul through a travel agency that organizes my hospital stay. I’m little bit scared, but I can not wait” says this 24 year old girl living in Shanghai.

In order to get a promotion and to meet the new standards of beauty, more and more Chinese people cross the Yellow Sea to join the Korean peninsula. The number of Chinese medical tourists in South of Korea has increased by 40% between 2010 and 2012, mainly due to the diffusion in China, through television series and Korean musical groups of a certain cult of Korean beauty. The Korean’s offer seems to be perfect. For a few thousand Yuan (around 4 500 euros), these Chinese tourists benefit from visa facilities and a 5 stars hospital stay.

Medical tourism combines tourism and reduced medical costs, offering very large health services, cancer treatment and cosmetic surgery. Korea is ranked at the 7th position among the 34 OECD countries for the attractiveness and the low cost of its care services.

The Korean government decided in 2008 to boost the sector, both in the public (hospitals) and private (clinical) sector. Medical tourism is then defined as one of the seventeen factors encouraging growth, led by the services of cosmetic surgery. The city of Busan in the south of the peninsula is the lighthouse.

To promote this type of tourism, various means are implemented: creation of a specific “medical tourism” visa of 15 days, deregulation of medical services and housing facilities. Since 2 May 2013, the government allows the large hospitals to create “med-hotel”, hotels for foreigners who came to be care in South of Korea. The surgery and the postoperative period are included.

Governmental agencies do not skimp on the communication. On 12 January 2013, the National Agency of Medical Tourism has launched a mobile application for smart phones: Mediapp Korea. Available in several languages, it targets an important number of foreign customers. 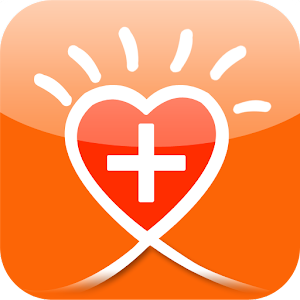 Chinese tourists are the main target. According to China Daily, they are the third consumers of this type of tourism (18.9%), behind the Japanese (22.1 %) and North Americans (27%), but it is the Chinese market, which has the greatest potential , with an important increase of the number of visas issued in 2013 by Chinese traveling to South Korea , most of them (62.9%) performing cosmetic surgery .

The rich Chinese people are used to to offer such trips for Valentine ‘s Day, Women’s Day or graduation. And the most common operations are those of the eyelids, nose, temples or jaw.

China has not reached, yet, the development of the Korean market. Chinese hospitals have the right to use 10% of their resources to these aesthetic services, and the costs are still very high. While prices in South Korea have not fluctuated in China, they have been multiplied by 5.

Shanghai hopes to become the Chinese center of this new line of “health.” In June 2010, the city opened the Shanghai Medical Tourism Product and Promotion Platform, real hospital where patients can, for example, come to treat cancer. Its ultimate goal is to attract 50 000 of the 100 000 foreign medical tourists (from the United States, Europe and the countries of the Arabian Peninsula) visiting China each year. A lucrative business, when we know that each tourist spends between 10,000 and 15,000 dollars per trip (between 8 000 and 11 000 euros).

However, the reaction of the Chinese authorities remain ambivalent, and the Chinese Embassy in South Korea in July 2013 launched a campaign to raise awareness of the risks involved in cosmetic surgery as part of the ” tourist mobility.”

Some original services are already developing across China. Thus, in Chongqing, in the South of West, you can give your nose the shape of the Eiffel Tower. The person who has the most beautiful curve (of his nose) “tour eiffélienne” could win a touristic trip in Paris, but this time without operation…