Aggressions of Chinese tourists in Paris is a terrible blow to the image of “France” as a tourism destination.

China has expressed its “concern” after recent attacks against Chinese tourists in Paris. The Chinese government asked the French authorities to ensure better security for Chinese citizens. This is a major crisis of public relations for the communication of France as a destination for travelers from China. 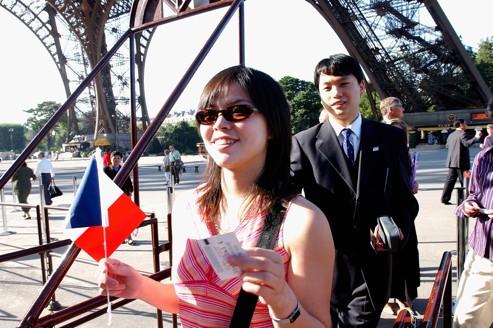 23 Chinese tourists traveling in groups were stolen upon their arrival at Roissy Charles-de-Gaulle. Chinese Association of Tourism, directly under the Chinese government reported that “their passports, tickets and cash were stolen” and that one member of the group was “wounded in the face.”

But this event is not an isolated case. Even before that sad event many Chinese tourists have described how the French dream had turned into a nightmare because of the urban violence.  Chinese are often seen as easy prey by criminals in France. Indeed Chinese are seen as shy people who will not try to complain to the police in order to avoid any problems and as people who carry a lot of cash to spend it in luxury shops. With an amount spent in the same shop on the same day of nearly 1470 euros, it is clear that these new tourists often attract  “predators”.

For Chinese, Paris remains the preferred destination for shopping and France still have the image of country of romance. According to the tourist office in Paris, over 700,000 Chinese tourists toured in Paris in 2012. In France the Chinese tourists grows relatively slower than many other European countries. No doubt France is facing a crisis of reputation that if not corrected, it could cause a series of problems.

French authorities don’t seem to understand the virality of a negative buzz on the tourism industry because we see no reaction from them at all.

However, the Chinese public is much more receptive to  negative buzz than the Western audience. For a destination like France a crisis in e-reputation could have significant side effects.

Just keep in mind some data about Chinese netizen habits:

Only one question remains: How will “Atout France” react, the organization responsible for promoting France as a tourism destination ?

Will they do nothing and waiting for doom’s day or take marketing tools to react?

We will ask the head of Atout France in China respond to an interview soon!