Douyin is brewing a new feature – scan the code to shoot the video and then receive the coupon, for the offline store to divert. Douyin can be used not only for short videos, content marketing, and diversion but also as a new retailer.

Douyin will launch the “Scan and Video Capture” tool

Douyin will launch the “Scan and Video Capture” tool on the merchant store details page. According to people familiar with the matter, the feature will be available on December 30th (this feature was briefly taken offline and is currently unavailable). This may mean that local service businesses will add a precise traffic entry in addition to Koubei, Dianping. For many retailers companies that are still on the sidelines, the role that this function can have is also a great imagination.

It is understood that “scan code to take video coupons” is one of the ways in which offline stores put coupons in Douyin. Another way is to post on the store’s homepage. Users can click to enter the store Douyin details page and receive them directly. Users who use the “scan code to shoot video” way to receive coupons need to scan the QR code provided by the merchant to take a short video with the store POI information, and then get the discount after uploading.

After the user distributes the video with the store POI information, after being distributed by the platform algorithm, it is more likely to reach the consumer who needs it and attract them to the store.

Everyone knows, Koubei and Diaping have tried to divert local users through the production and distribution of user content. At present, the results are still not significant. And this thing is done by Douyin, it seems that the success rate is much higher – it started with UGC content itself, and it is more experienced in matching video content with user interest.

In August of this year, Douyin opened the store for corporate accounts. Companies with offline stores can claim the POI address of their own stores (POI is the point of interest, which represents shops, houses, post boxes, etc. in the navigation map). After claiming the POI address, the enterprise number can add POI information to the video content, and the user can click to enter the store details page represented by the information. 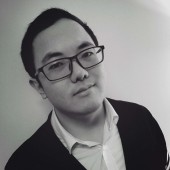