Good Perspectives for Armagnac in China

Chinese people already  like Cognac for its taste and the associated values ​​such as success and luxury. What about Armagnac? Well, the Chinese do not know that spirit.  Armagnac just recently made its appearance in China, at exhibitions or on chinese social networks services (SNS).

Chinese people recognize “XO”  as a label of quality. And they are willing to know more about the differences between cognac and armagnac. 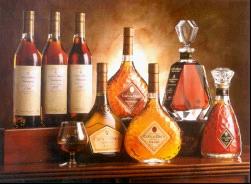 China imported 317,800 bottles of Armagnac in 2012 which is six times more than in 2010. The  volume of imported armagnac bottles is more or less the same as in Russia.  But as China mostly import expensive old armagnac its market is already the first one for armagnac in term of value. In 2012 China has overtaken the United Kingdom in terme of value of armagnac importations.

Why armagnac has a great potential in China ?

Armagnac taste appeals to Chinese. They like because it looks like one of their drink called HuangJiu (a yellow rice alcohol).

Dai Aiqun the Chinese “Jean-Pierre Coffe” enjoyed Armagnac with Jerome Delord and Benoit Hillion two producers of armagnac during the first event organized by the  BNIA which is an institution in charge of the promotion of armagnac. The event took place in a famous French restaurant in Beijing namely Maison Boulud.  A first step for armagnac producers to build “Guanxi” (eg network) in China. 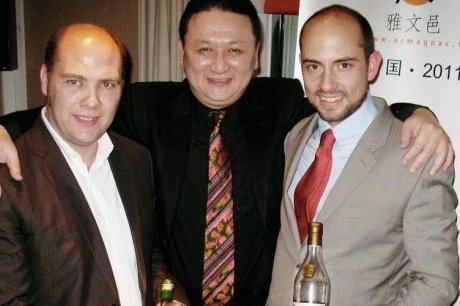 Cognac and Armagnac are alike. The Chinese are fans of French cognac, and appreciates only  VSOP and XO according to a recent report commissioned by Vinexpo and conducted by International Wine & Spirits research.

Consumption is mainly in business lunches, evening between business partners in KTV or nightclubs. For  business gift cognac and armagnac are also very praised. Chinese people could drink armagnac Ganbei and even mix it with tea, or juice. 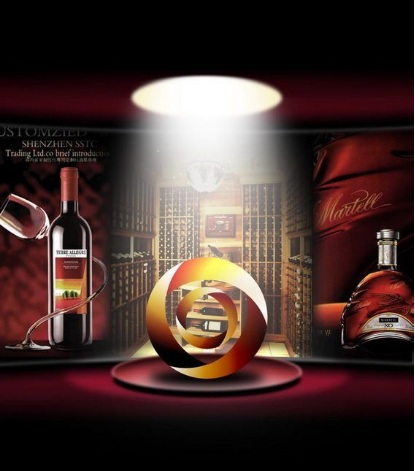 The good image of  French alcohols 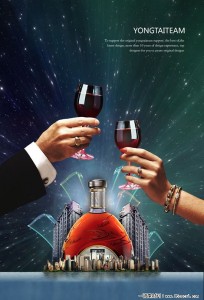 The Chinese are very sensitive to the symbolism of a product.

Armagnac has a more traditional craft than Cognac. For connoisseurs, this is very often appreciated. Most Chinese consumers are not yet perfectly aware of the differences between cognac and armagnac but they are eager to learn more about it.

Will the armagnac producer make the efforts to inform and promote their tradition in the young but growing Chinese market ? Let’s see in the future…