Introduce Your Brand to 500 million Chinese Users in Douyin

Douyin was launched in September 2016 and, in less than a year, began expanding internationally under the name “TikTok”. In China, Douyin, the popular short-video social platform, allows users to quickly and easily create unique short videos to share with friends and followers, grew from 30 million to 500 million daily active users within a year, each user on the platform opens Douyin 5 times a day on average,  spending about 30 minutes per day watching video there.

Contact us Today
The app has already shown its potential in marketing to Generation Z – the generation born between the mid-1990s and early 2000s. Brands, frustrated by the high cost and increasing difficulty to reach a young audience on established platforms such as Sina Weibo and WeChat, have been eager to experiment with Douyin. KFC, BMW and Tesla, and other big international brands have already worked with the app for advertising and marketing campaigns.

Why do big brands use Douyin?

First of all, big brands are searching for ways for how to target Generation-Z.

Up to 70 percent of China’s young adults between the ages of 18 and 22, known as the Gen Z, are interested to buy products directly through social media, a league ahead of the global average of 44 per cent, according to an Accenture survey of 10,000 consumers in 13 markets, including 1,000 in China. Douyin has succeeded in capturing its target market. Today, a whopping 80 percent of the app’s users are under the age of 30, 66.4 percent are female, and over 40 percent live in first- and second-tier cities.

CoCo Fresh Tea & Juice, a bubble tea chain, saw a constant stream of customers making an original drink with toppings that were not on the menu after it was featured in TikTok videos. This video got 665k views and 6,6k comments.

At Miniso, a low-cost household goods retailer, a body spray that smelled like a perfume went out of stock after TikTok users rushed to buy it.

Douyin is becoming an e-commerce platform

Launched as a short video platform Douyin is becoming a new e-commerce platform brands use as a channel to make brand visible in China. Douyin has recently been offering social commerce app. Chinese users with a minimum of ten videos are allowed to start selling on the app, linking products from China’s most popular e-commerce websites — such as JD.com, Tmall, and Taobao to their Douyin store. Watching a short video on the KOL profile Chinese users can go to the store directly if they like products used by KOL.

Usually,  foreign brands used to rely heavily on their global positioning when they do business in China, just adjusting campaigns and communications using local models and translate the same content they use abroad to Chinese. The problem is using this material that doesn’t resonate with local audiences, especially not with Chinese millennials. Douyin has around 500 million monthly active users globally, and more than half of them are aged below 24. Douyin can be a powerful tool for brands to tap the new generation of Chinese consumers, particularly the Gen Z consumers.

Chinese consumers access brands in a different way than the Western one. Foreign brands usually define the brand image as the sum of their products and campaigns, but brand image and position is much more important in China.

It is very important to have a nice and effective Chinese name, a stand-alone message and communication plan for the China market, and respect for local culture and purchase habits during online experiences.

How to promote your brand in Douyin?

To make your brand visible and raise attractively your brand must leverage the Chinese social network ecosystem, with Weibo and WeChat of course but also new platforms like Douyin, that has proven to be full of opportunities and new challenges for Chinese as well as International brands. This excuse new feature of «shopping cart» on Douyin’s platform might be the thing that will push brands to invest more and more in this new marketing ecosystem. Douyin is even reported to launch its official digital marketing matching service for key opinion leaders (KOL) and businesses: the Star Map Platform (星图平台).

A MARKETING AGENCY TO ENTER THE CHINESE MARKET

Please contact us for more information about Douyin platform and how it can help your business. We look forward to discussing your project. 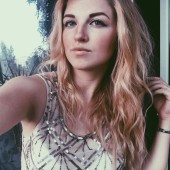 Kseniya - Russian from Siberia, living in China for 6 years "I think it is possible for ordinary people to choose to be extraordinary" Secret fan of Elon Musk