The nightmare of Alibaba is …

Alibaba’s most terrible nightmare…is not Jd.com jingdong, it is pinduoduo, the Chinese Groupon, that is developing really fast.

Yes, Alibaba got a rival. The Chinese giant is currently shaking up toward the arrival of a new David.

In the last weeks, the 4 years old E-commerce platform Pinduoduo displaced JD.com to be the fourth most valuable internet company in the country. With a market capitalization of $47.6 billion, it put the company just behind the E-commerce leader: Alibaba, the social networker: Tencent and the food delivery titan: Meituan.  At the same time, Baidu the search equivalent of Google in China has fallen off the top-three club, ending a decade of unshakable dominance of Baidu, Alibaba and Tencent (the famous BAT) within the Chinese internet.

Pinduoduo, the lovely story of a new platform coming down as the new be in terms of internet penetration and rise of social commerce. Known for selling super-cheap products, the platform is very popular about its price-sensitive residents among 3rd and 4th tier cities, a market kind of undeserved by other online retail pioneers such as Alibaba and JD.com. Nevertheless, Pinduoduo made its point of honor to be the one pleasing the needs of untouched customers, while targeting more urban consumers in the meantime, by heavily subsidizing big-ticket items such as IPhones. source

Its seamless integration and cooperation with WeChat, the wonderful app owned by Pinduoduo’s investor: Tencent, also contributed to the strong adaptability among a less tech-savvy population. Through the highly popular messenger’s built ‘in lite app, they can get deals from group-buying. Which is directly referred to their Chinese name as “shop more together”.

Earlier this month, Colin Huang a 39 years old former Google engineer but also Pinduoduo founder and CEO of the company, gave a speech of 45 minutes at the company’s anniversary, according to a summary published by local tech media Late News. He announced that Pinduoduo surpassed JD.com in terms of gross merchandise volume: meaning the total dollar value of goods sold.

Even if the rivalry with JD.com is kind of nuanced, considering that both companies are back up by Tencent, Pinduoduo’s competition against Alibaba is more blatant. The CEO knows that they are standing on “Alibaba’s shoulders”. And when it comes to fighting for the upcoming Double 11, the founder sounded poised. “Pinduoduo should not feel pressured. The one who should is our peer”.

Something you should care about!

What do you need to understand from all this?

Remember when you were a kid, and when your mum was offering you 1 candy because you were nice? And then offering you another one because she was the best mum ever? I’m sure you were really excited to grab that new candy. Well, here it’s the same. Catch the Pinduoduo candy as you can and make as many sales as possible!

We are the GMA.

A great Marketing Agency in China

If you have any questions about how to integrate the Chinese market or how to master Chinese social media in a context of performance requirements, do not hesitate to contact us. 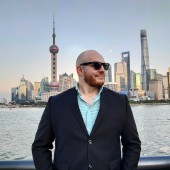