The wealthy make their dream of space travel come true

Taobao is partnering with the Dutch Space Expedition Corp in order to sell space trip starting in 2015.

Taobao, Alibaba’s most famous e-commerce website on the Chinese market has a peculiar offer for rich Chinese e-shoppers. Should they fancy a trip to outer space, they simply have to book it from the website.

Orders opened yesterday, June 12, on Taobao which is the exclusive broker of such unique experiences only very few can afford 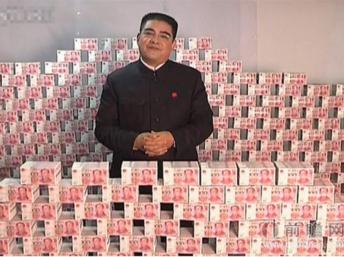 Space travel will be the next hot destination

However, this time wealth doesn’t mean automatic access to the adventure. The clients have to qualify for it.

They have to be over 18 years old, smaller than two meters tall and weigh no more than 125 kilograms. Finally they must pass a medical checkup as well as a training program before being ready to take part in this 61km to 103km high ride.

The registration process began in Mainland China in late 2013, then more than 100 people showed interest for the project within the first few weeks. For each trip there will be one astronaut and one passenger allowing the latter to be in space for what will most definitely be the most expensive time of his life.

The space travel companies have to target the wealthy tourist market since no one else can afford such trips. Besides they are more and more tempted by more adventurous locations such as the two poles. According to a study from Hurun 7% of the wealthiest Chinese see space travel as something they want to achieve within the next three years

This offer is a wonderful idea, who wouldn’t want to go to outer-space after all? Since it appears that there will be more and more wealthy people seeking such adventure how would a Space travel agency do to attract an important part of that 1% in China representing 10million people that qualify as wealthy?